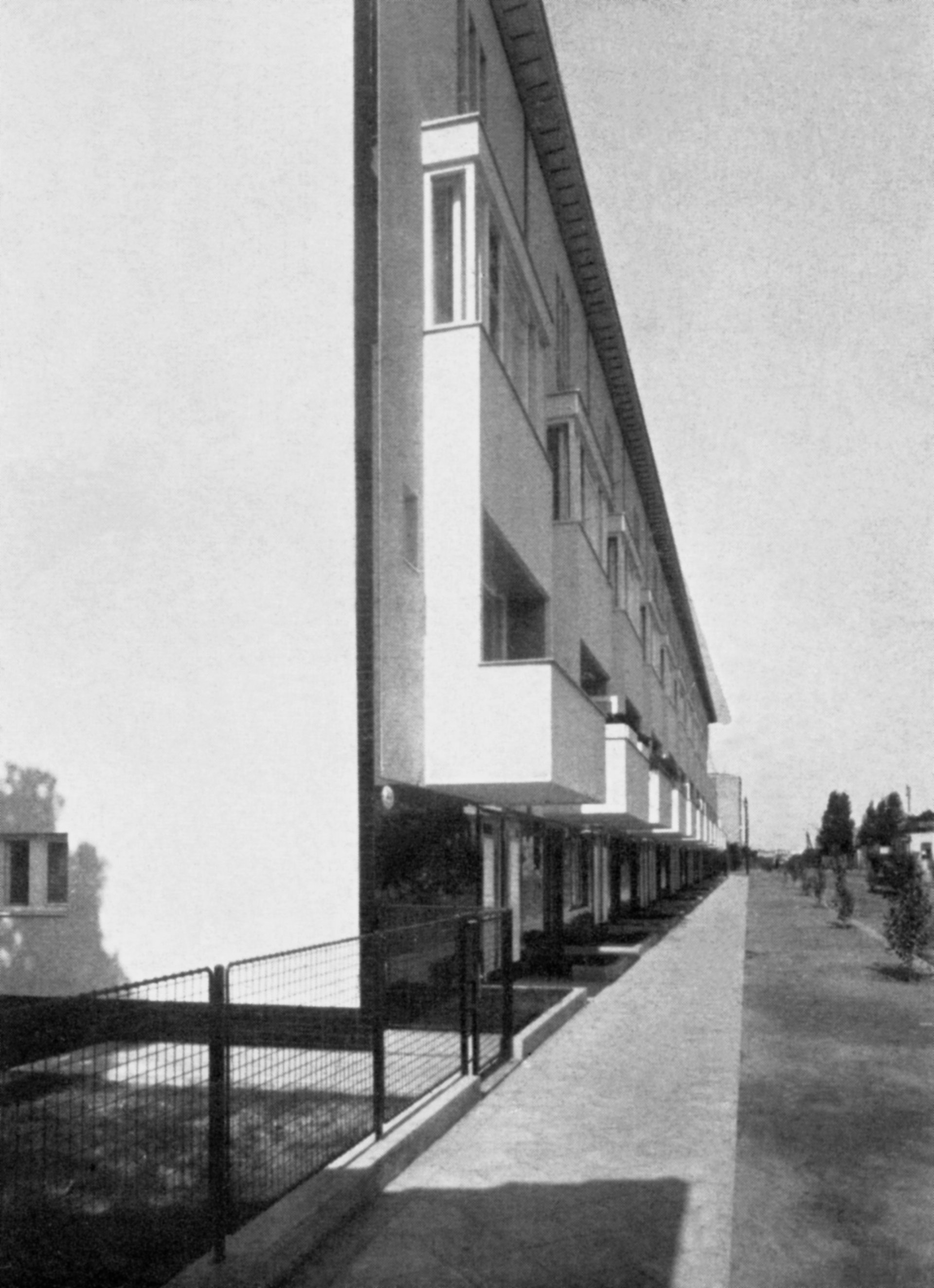 In 1933 the Kuba brothers participated in a nationwide competition to design a small apartment and finished in third place. They presented their concept of "vertical housing," which involved savings in the construction of a small terraced house and which they implemented in a number locations throughout Brno.
The houses featured no cellars, as these would have increased the price; the service areas such as garages, boiler rooms, laundries and servant rooms were situated on the ground floor. The first floor housed the kitchen, the hall with a staircase and the living room; the second floor was occupied by bedrooms and sanitary facilities. The attic could be used as a utility area or a guest room leading to the roof terrace. The house featured a deep three-tract layout determined by the small width of the plot, which enabled further savings not only on the purchase of the building area, but also on the maintenance of the facades and sidewalks. In addition, the shared gable walls reduced the extent of building structures and provided for the thermal insulation of neighbouring houses.