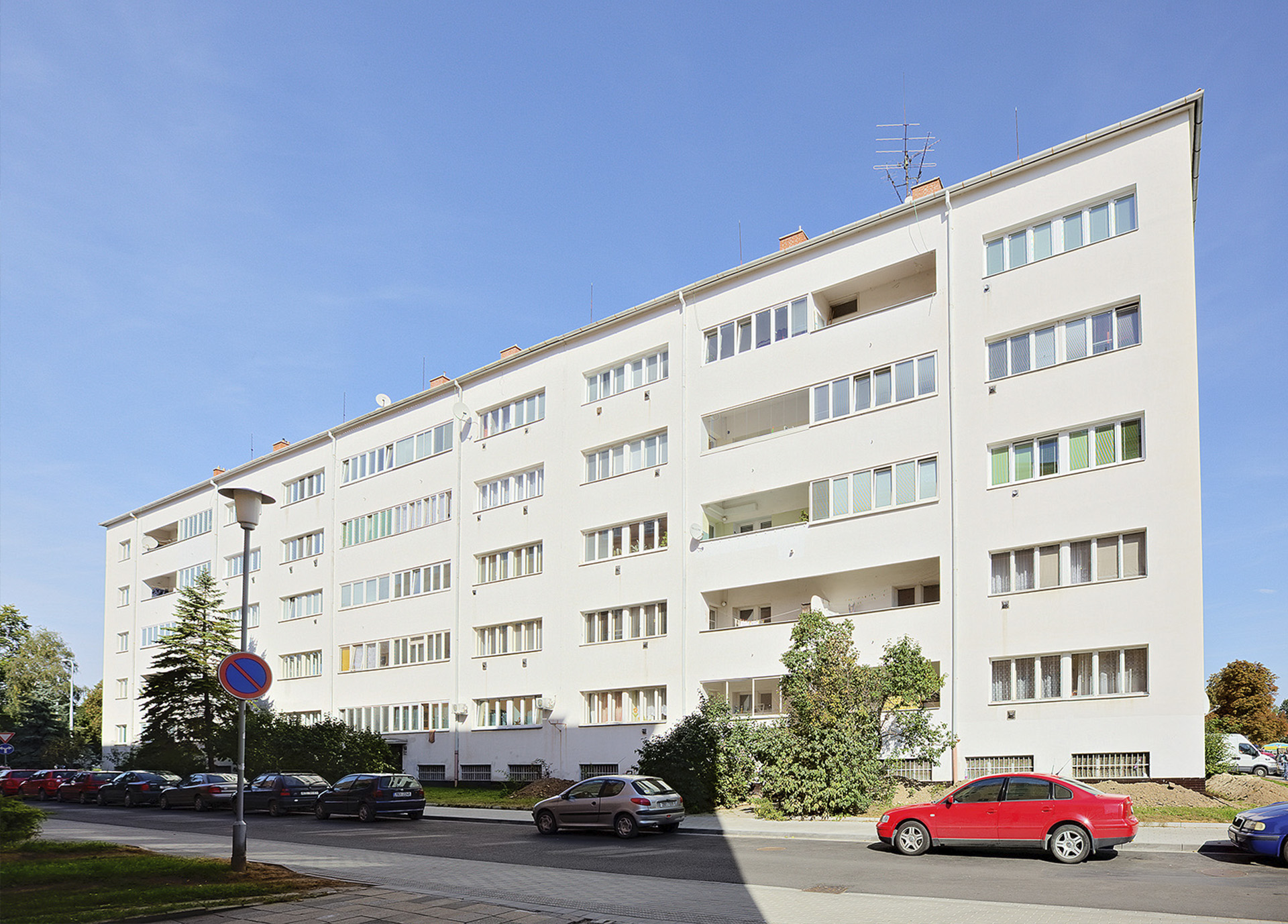 The early 1930s brought busy building activity to Brno. New city avenues linking the centre of the city with the adjoining villages which became parts of Greater Brno after 1918 were being built north of the city ring route. The urban concept of this quarter favoured blocks with inner yards and commercial ground floors offering a broad range of services.
At the beginning of the 1930s, Stavog and Blahobyt housing cooperatives asked architect Jindřich Kumpošt to design residential buildings with small apartments to replace the former military facilities between Pod kaštany, Tábor and Kounicova streets. Inspired by functionalist urbanism, he decided to employ the concept of terraced development, which made it possible for the houses to face east and west, to utilize the plot better and to include green relaxation zones. The drawbacks of this solution include the loss of usable street space, as the buildings are perpendicular to Tábor Street. Kumpošt only built the four side buildings out of the originally planned six; the middle plots were finally filled with two buildings designed by Josef Polášek in the late 1930s.
Kumpošt's buildings feature a progressive facade concept with ribbon windows and loggias. Like Josef Polášek in Vranovská Street, Kumpošt also dealt with the issue of affordable housing in this project. Both architects employed an identical type of one-room apartment with a residential kitchen and extremely low building costs (45,000 crowns) owing to the functionally sophisticated kitchen unit on a minimal area of 4.5 m2.