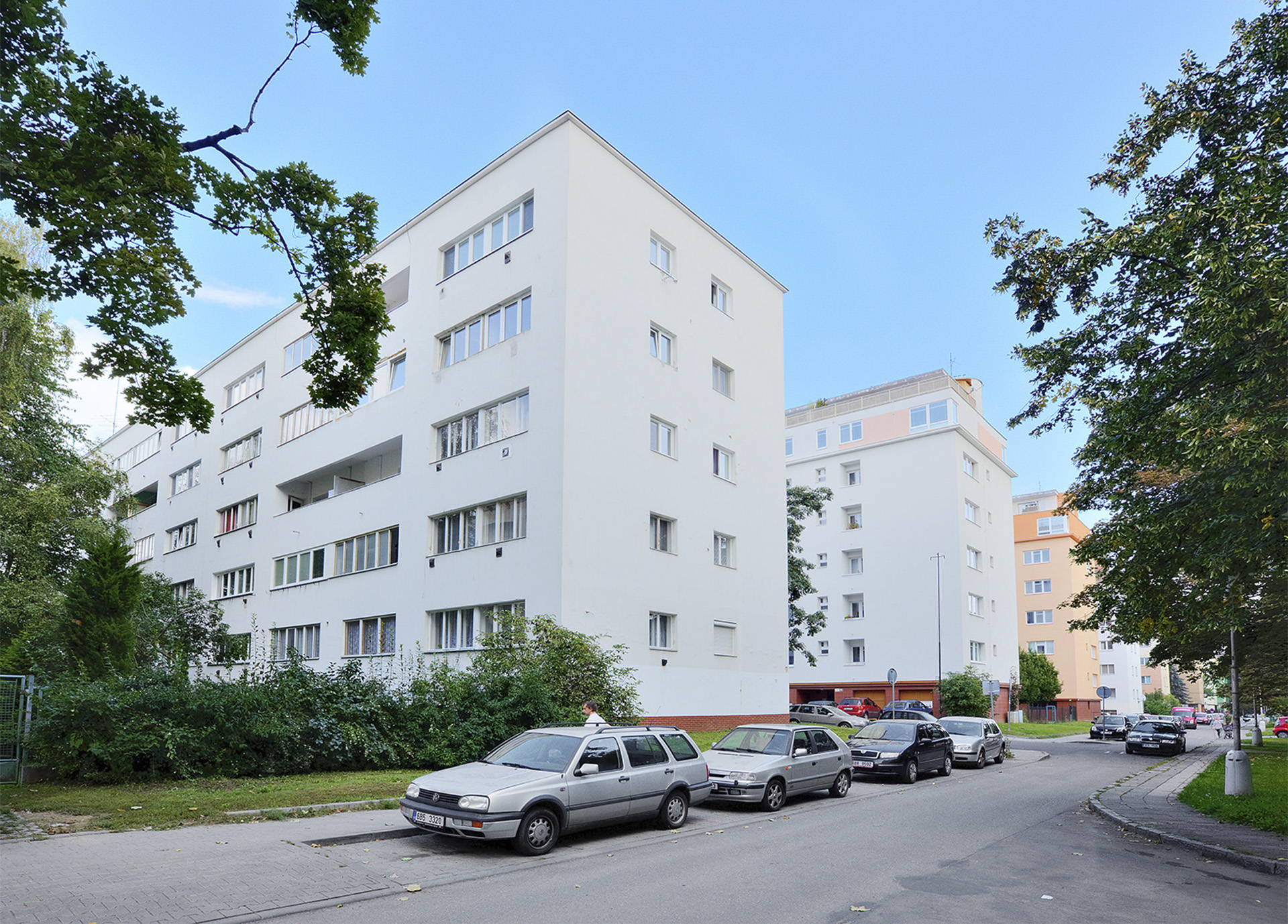 Two empty plots remained between the apartment buildings designed by Jindřich Kumpošt and built for the Blahobyt housing cooperative in Tábor Street at the beginning of World War II. Josef Polášek was assigned the task to design municipal apartment buildings for these empty lots.
Polášek's first design of two six-level buildings with ribbon windows and long balconies resembled the earlier houses by Kumpošt; however, a later variant with a grid of standardized windows was eventually employed for financial reasons. Polášek introduced the innovation of a ground floor corridor with laundry and boiler room which perpendicularly linked the two buildings. The ground floors of the buildings housed shops with corner display windows and garages. The open space between the two blocks was intended in Polášek's design as a playground and a green relaxation zone. The red ceramic cladding of the ground floor, also used on the middle linking tract, is the most prominent decorative element in the facade. Like Kumpošt's neighbouring buildings, these houses had flat roofs; however, recent reconstruction has added two storeys to both buildings.