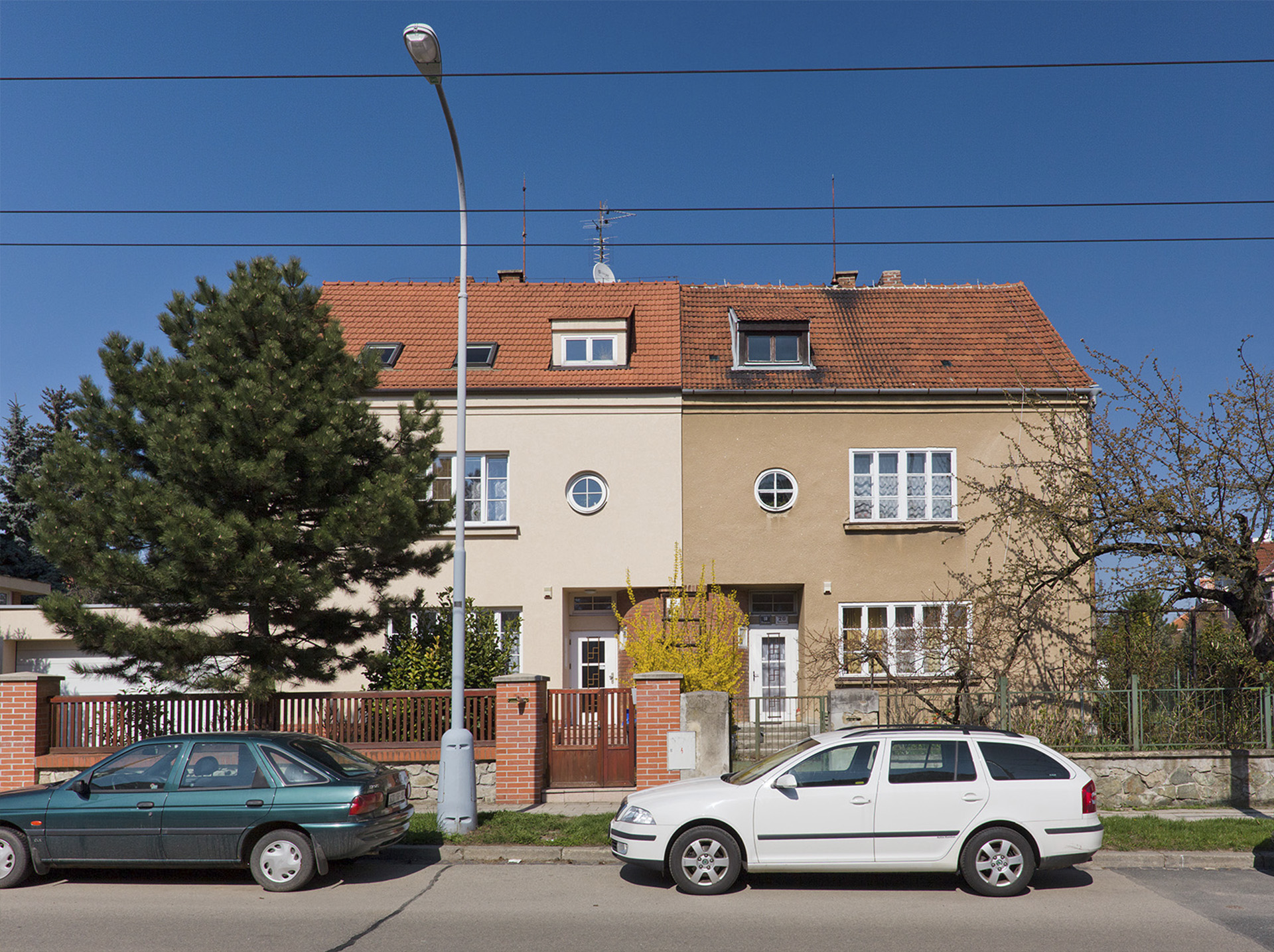 In the period of housing development stagnation after World War I, a villa was one of the few financially accessible building activities. Its new conception had broken free of the traditional rural origins and, much influenced by the idea of the English garden cities, it had become an intrinsic part of urban housing development. Inexpensive terraced houses on narrow plots could be built with costs up to CZK 100,000 due to savings enabled by the use of shared foundations, roof frames and side walls.
Jaroslav Grunt designed standardized semi-detached houses which were built in Barvičova, Roubalova and Vojanova streets at the expense of the city; these were intended for public servants. Their layouts accommodated the period requirements of the middle classes. The ground floor featured the living room and kitchen with a room for the servant; the first floor then housed two bedrooms and a bathroom. Service areas were situated in the basement. The facade was also progressive, although the first designs show it segmented with horizontal decorative lines. Its final appearance reflects the layout of the interiors and is no longer a mere richly decorated backdrop. The smooth area of the facade is only segmented by the windows and the entrance covered with a raw brick lee.
Grunts' semi-detached houses and the terraced houses by Bohuslav Fuchs in Barvičova Street were created in the municipal architecture office and ushered in a new and purposeful individual housing concept which continued to develop in the ensuing years.