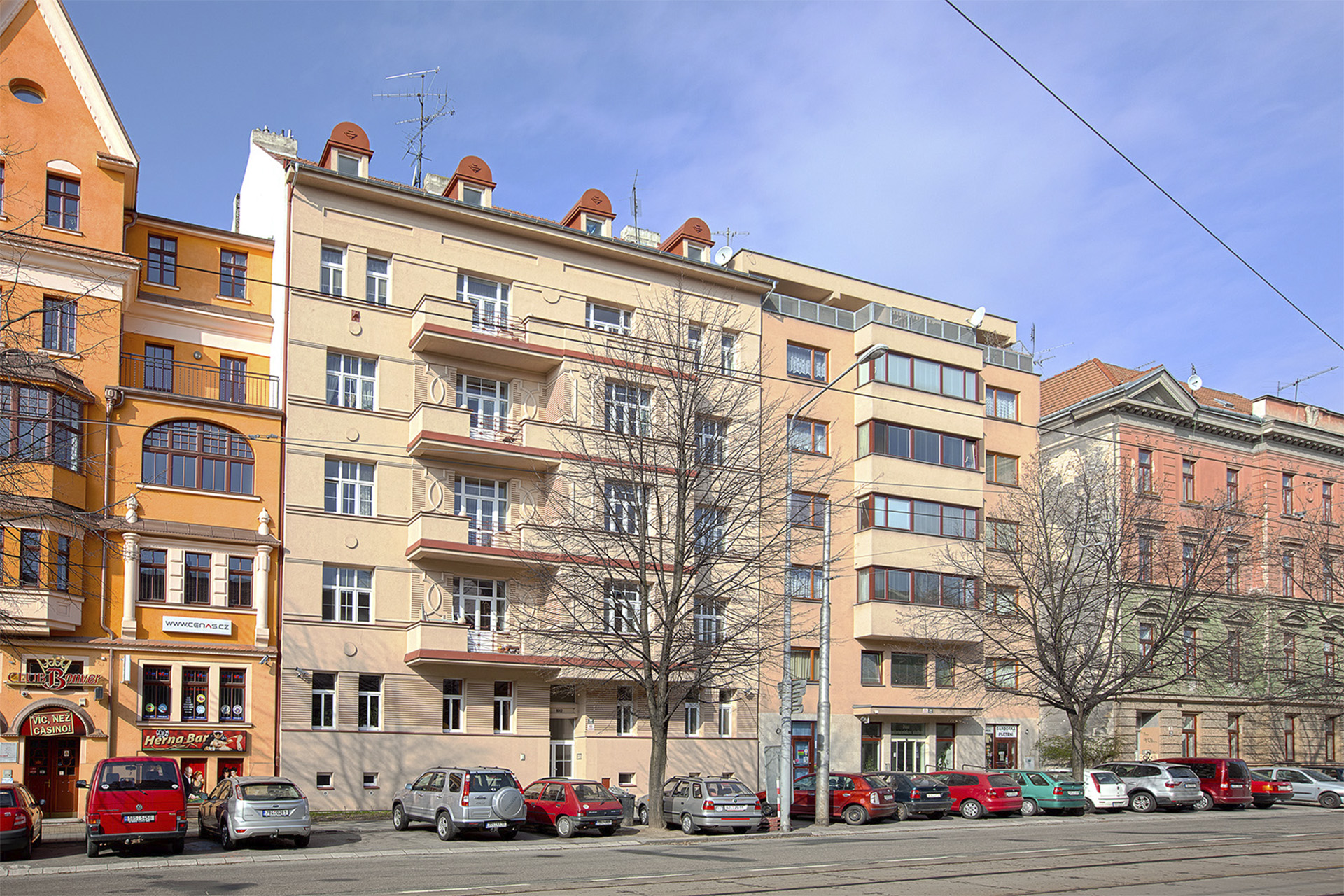 This building in Štefánikova Street is one of the apartment buildings built by the state in response to the housing crisis after World War I. Owing to the Building Act of 1921, which provided high state subsidies for building up to three-room apartments, the period from 1922 to 1925 witnessed the building of over one hundred and sixty apartment units in Brno. However, true reform regarding affordable housing and progressive designs of estates with small apartments did not emerge until the late 1920s, after the Building Act had been amended.
This six-level building by architects Jaroslav Grunt and Miloš Laml manifests the search for a Czech national style after World War I. The facade – considerably reduced today regarding its colour scheme as well as relief decorations – represents an example of the new curved decor drawing upon folk motives that replaced the historicist ornament favoured in conservative Austria-Hungary. The building is divided into a communications part with a semi-circular staircase and a pair of two-room and three-room apartments on each floor.