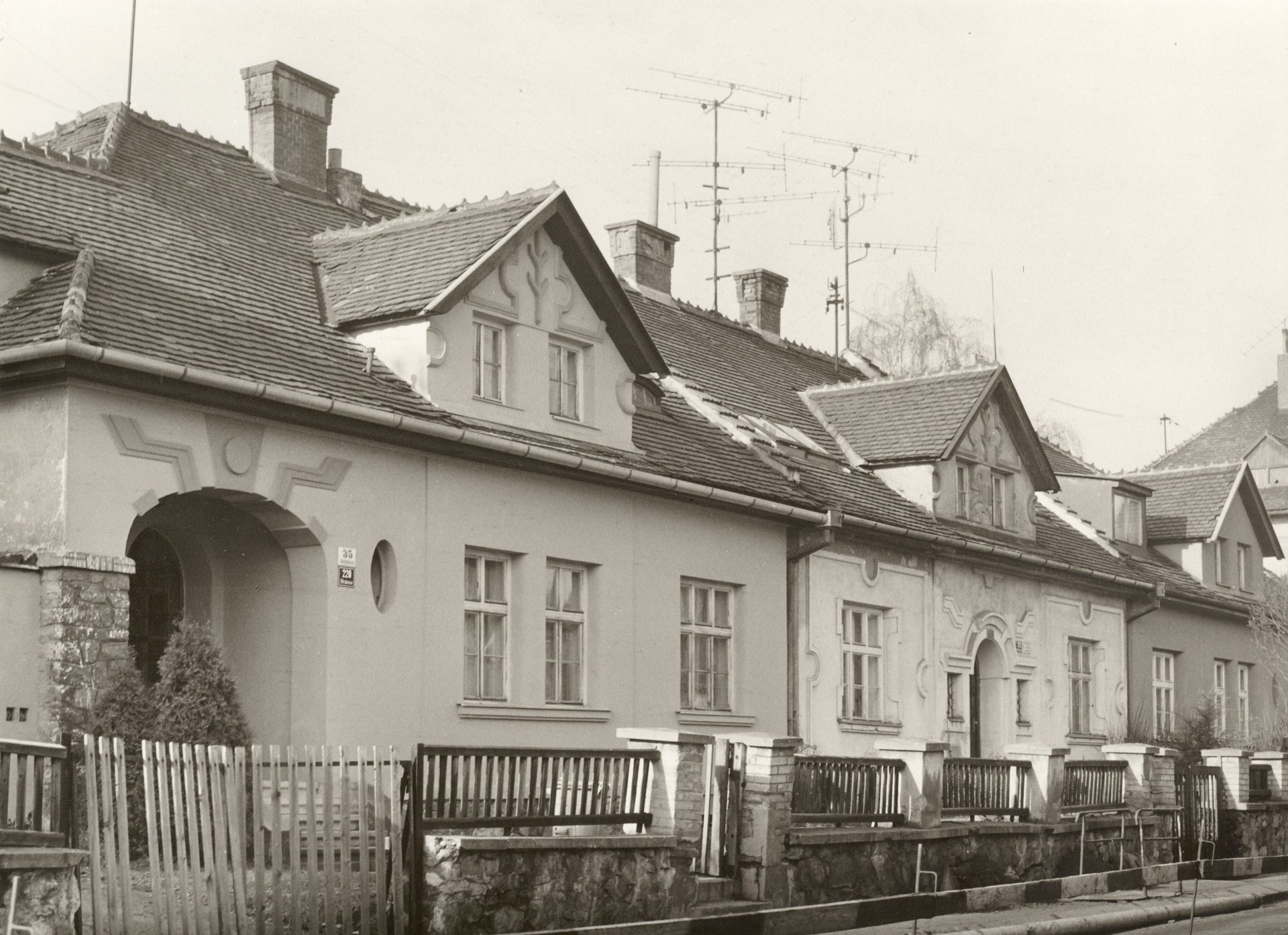 This triple house built according to a design by Jaroslav Grunt in 1922 is an example of the folk concept of the national curved style. These efforts at discovering a typically Czech artistic expression grew stronger after World War I, but were soon replaced by avant-garde thinking. The appearance as well as function of villas also changed as they became middle class residences.
Grunt's houses in Heinrichova Street are, in their layouts and facade design, a link between the rural and urban family residence. The ground floor rooms are newly supplemented by a residential attic with bedrooms which replace the traditional farming use of the loft; the houses feature sanitary facilities and all the comforts of urban apartments of that period.