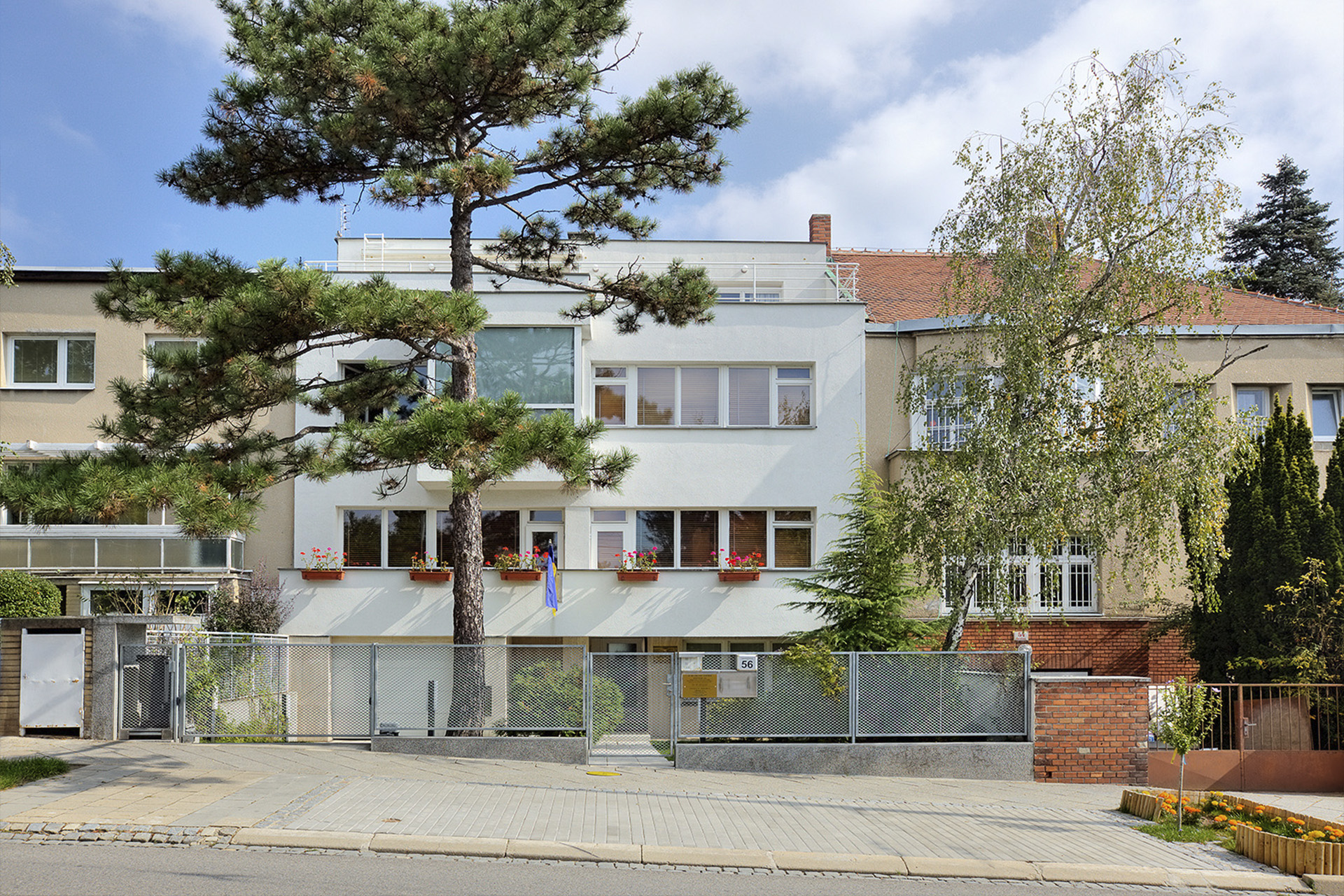 Josef Polášek's career assumed a promising course in the early 1930s and the architect could afford to build his own villa in Barvičova Street. Therefore, he built a four-story terraced house with two residential units and his architecture studio in 1933.
This house, too, reveals his efforts to find a minimalist expression in architecture. The street facade is segmented by horizontal bands of windows; the emphasis on the horizontal is also enhanced by the balcony running across the entire width of the first floor. The only protrusion coming out of the mass of the building is the cubic block of the bay on the second floor; the receding third floor is partially used as a terrace. On the other hand, the rear facade is dominated by the vertical risalit with window grids and large areas of glass blocks lighting the staircase. Period photographs reveal that the original furnishings of the interior were modern and convenient; these were co-designed by Polášek and interior designer Jindřich Halabala.
After Josef Polášek's premature death in 1946 the house was inherited by his wife and two sons, who subsequently emigrated to South Africa in 1969. The house was first partly confiscated; the family lost it completely in 1980 when Anka, Polášek's widow, decided to follow her sons. Polášek's heirs requested the return of the villa in 1992; however this did not take occur until 2005 on the grounds of a ruling by the Supreme Court following lengthy proceedings. The house, which had deteriorated significantly after being confiscated, underwent a recent sensitive reconstruction and now houses the Ukrainian Consulate.