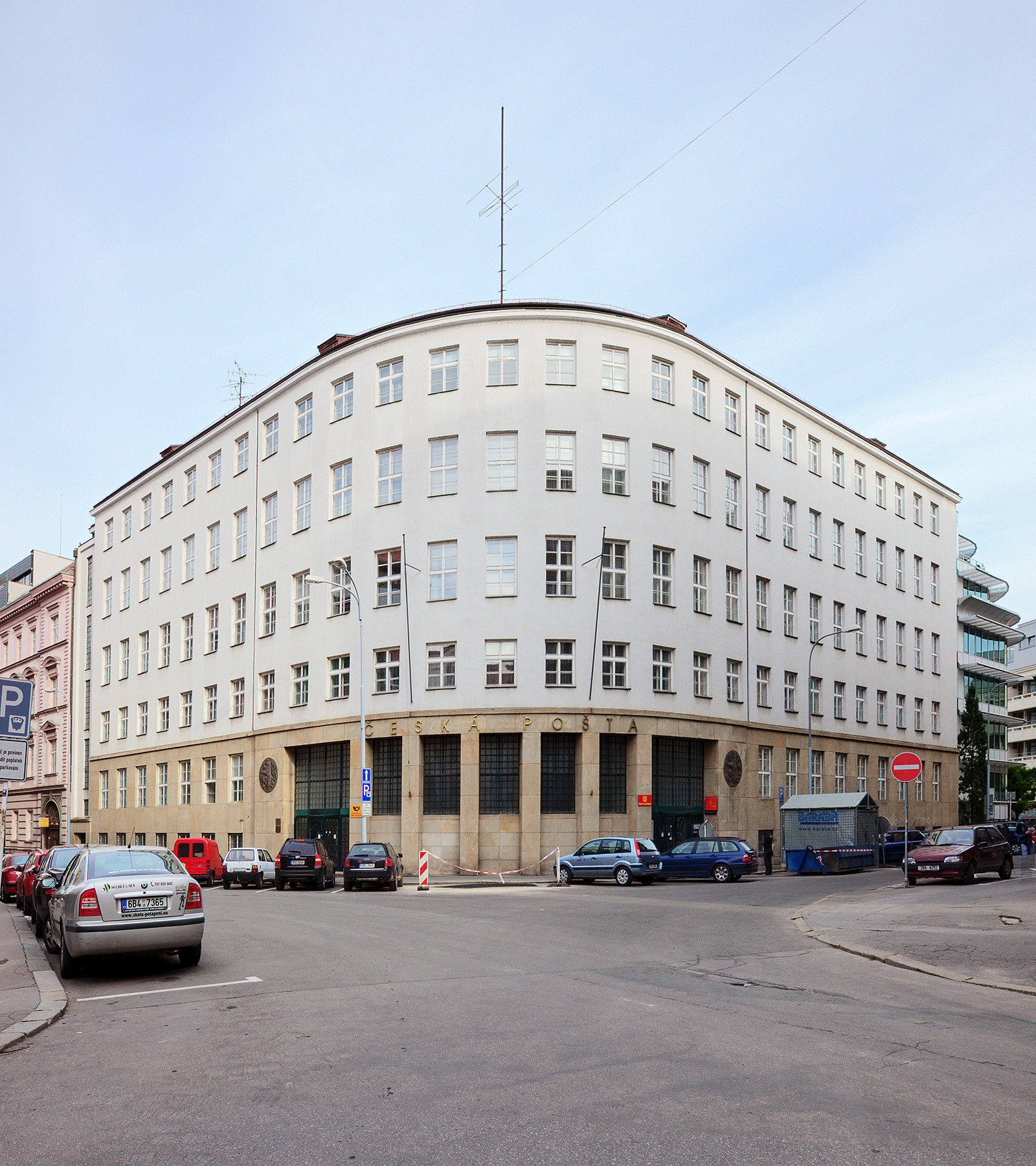 It was necessary to find or build the seats of many newly formed or modernized institutions in the young Czechoslovakia in the first half of the nineteen twenties. The construction and adaptation of buildings was arranged by the Regional Political Administration, which also oversaw the building of the new police headquarters in Orlí Street. The design of the building, whose facade conceals rather complicated operations, was produced by development office staff - architects Jaroslav Grunt and Josef Adolf álek - who were forced to deal with a difficult commission.
Older buildings forming a block were demolished on the corner of the present-day Orlí and Bene ova streets; only the Ripka department store by architects Prokop and Augener from 1887 looking out on Bene ova street was preserved. The new six-level police headquarters were linked to the older building, closing the entire block facing Novobranská Street with a curved facade. The smooth, already purist facade conceals three two-tract wings on an A-shaped ground plan with two inner courts. The two main entrances situated symmetrically in the corner lead to a  foyer with a staircase and pillars faced with marble; the foyer provides access to the adjoining wings. The wings contained police offices, the passport department, temporary detention cells, the public relations department, document archives, clerk offices, barracks, the deputy's  offices and other police offices. The facade of the building is traditionally divided by the tall stone base whose corner pillars balance the horizontal rows of windows. The only relief element in the facade involved two lengthwise Czechoslovak coats of arms by sculptor Josef Kubíček installed at the entrances; unfortunately, these have not been preserved.