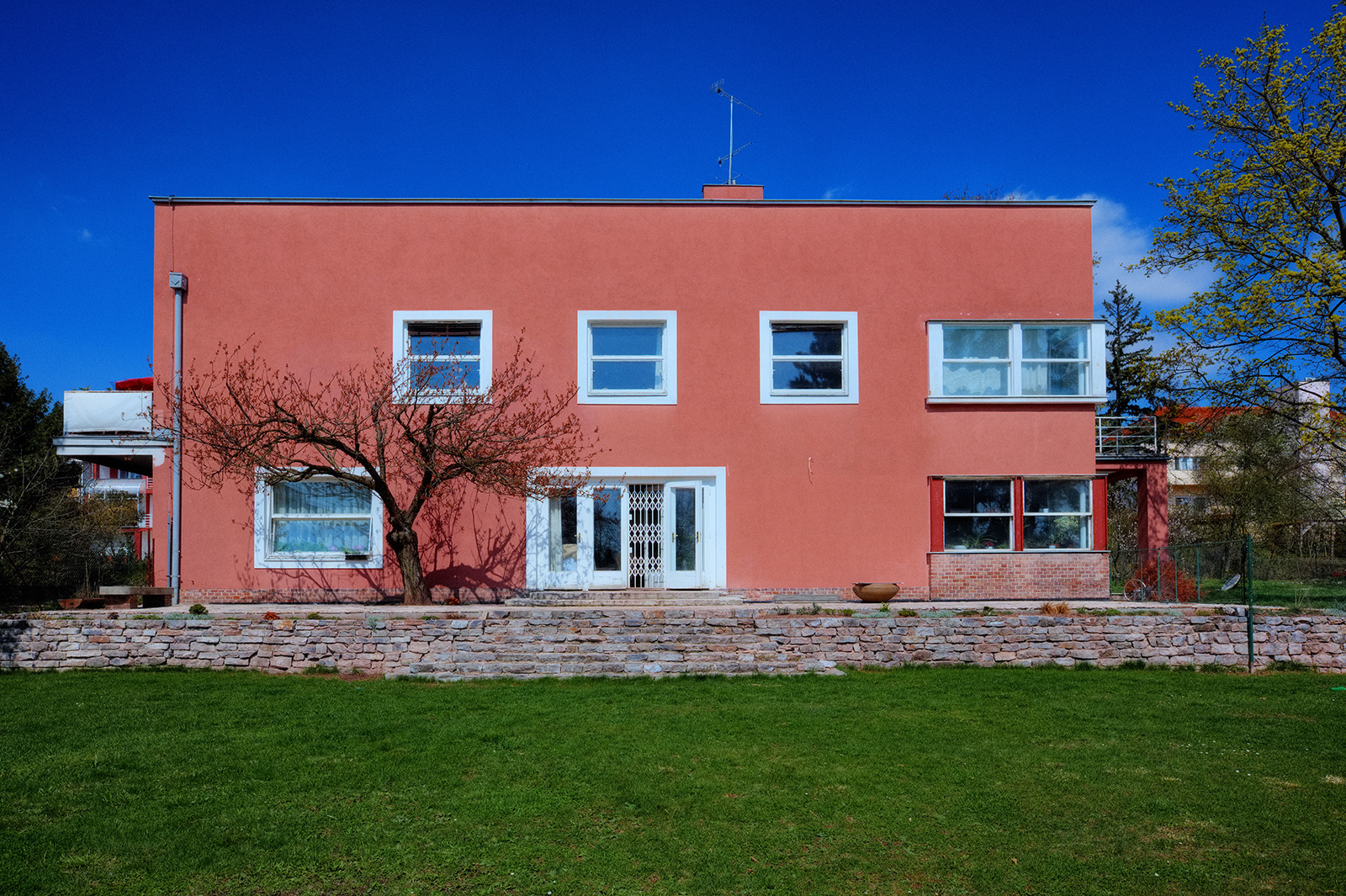 The influential textile industrialist and British honorary consul Walter V. Neumark not only had his factory in Přízova Street reconstructed, but also had a villa built in Vinařská Street by architect Ernst Wiesner in 1929. The style of the villa resembles the previous house designs for wealthy clients – Stiassny and Münz. Like them, this villa is also divided into a main residential area for the family and a side service wing, while the mass of the structure consists of radically disengaged geometrical bodies.
The formal simplicity of the structure is balanced by the use of the brick color of the facade, accented by white windows, architraves, bars and railings. The main entrance to the house is situated in the middle of the larger residential wing, the ground floor of which housed, as was usual, common rooms and salons; the first floor then concealed the family members' private quarters. The second floor, most of which was occupied by a roof terrace, also had residential rooms. The interior has preserved some of its technical details such as the dumb-waiter and the central heating boiler, bathroom furnishings, built-in wardrobes, parquet floors, wooden paneling and, rather untypical in Brno, hung sash windows revealing the owner's British origin.
The house was held by the Neumark family until being transferred to state ownership in 1980. Today the villa is divided into three separate condominiums.