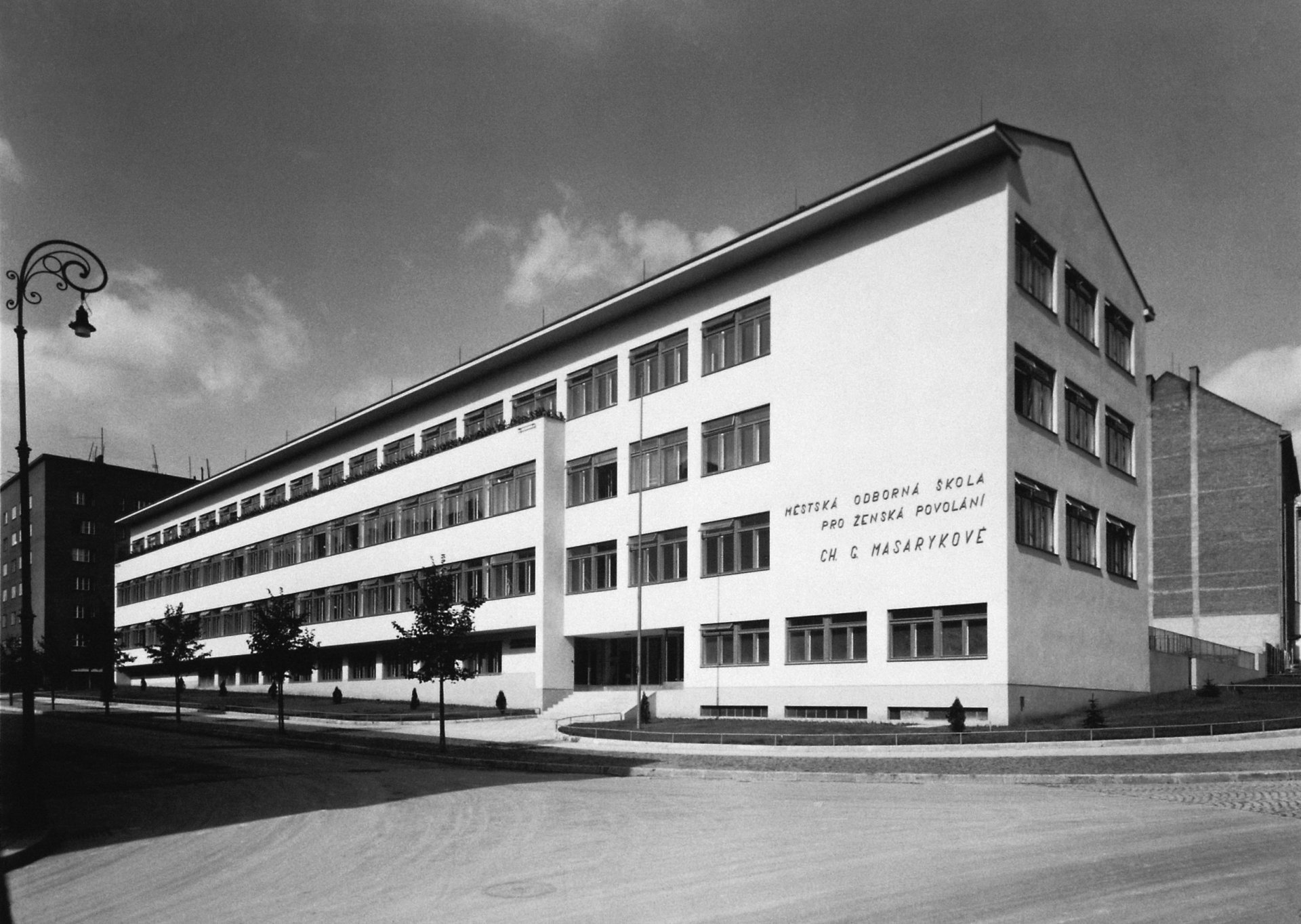 In addition to designing residential complexes for the poor, architect Josef Polášek also produced designs for school buildings. Built in 1936-38 under Florián Kuba's supervision, the Charlotta Masaryková Municipal Professional School for Women's Occupations situated on the corner of Jugoslávská and Merhautova streets is one of the many school buildings Polášek designed in Brno. The architect's design contained proven principles he and Bohuslav Fuchs had applied in the design of the Vesna School in the Masaryk Quarter. Polášek emphasized sufficient lighting in the classrooms and school layout adapted to the institution's particular specialization (in this case, the school taught literature, cooking, sewing and other similar subjects). However, the design of this school is more traditional than the aforementioned Vesna, mainly due to the plot and limited resources.
The structure is an elongated block adjoining the volume of the gym in its northern part; the yard delimited in this way featured sports grounds. The street front is dominated by the horizontal bay of the first and second floor with ribbon windows. The blank area of the facade over the main entrance, typical of functionalist aesthetics, originally bore the name of the school in its bottom section. The rear facade is segmented by the horizontal glazed strips of corridors providing access to classrooms and workshops. The main lounge with a staircase is lit by a round glass block wall, one Polášek's favourite elements.
In 1953 the original Professional School for Women's Occupations was transformed into the Secondary Medical School, which still operates in the building along with Professional Medical School. The building itself has been spared reconstruction and has retained a number of original architectural features, despite not having been afforded heritage protection.