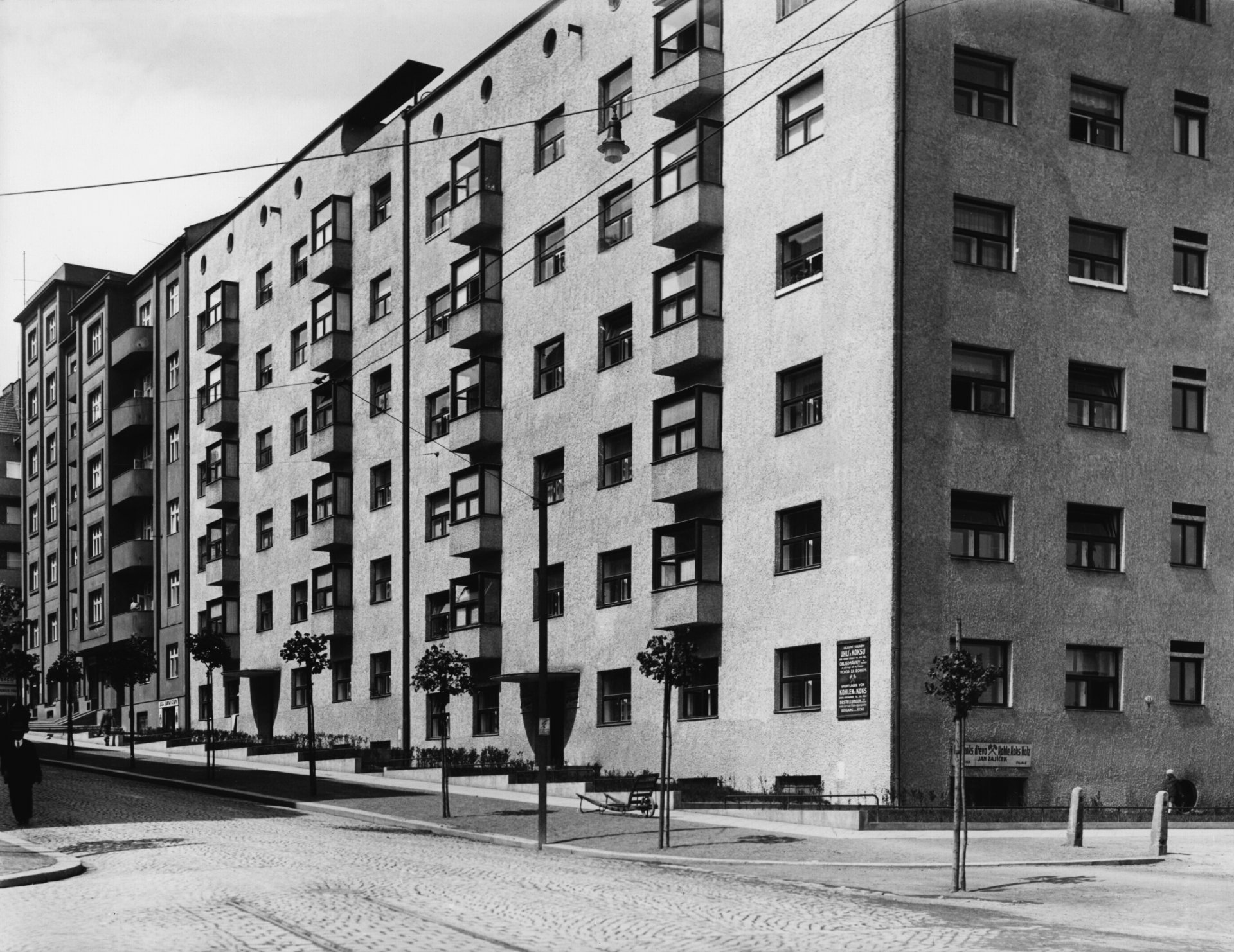 After the founding of Czechoslovakia in 1918 the structure and size of the city of Brno underwent a significant transformation. Brno absorbed twenty three surrounding villages which had always skirted the edges of the city, but had formed separate municipalities. This was because the idea of a Czech majority was undesirable for German representatives of the city at the time of the Austro-Hungarian empire. New Greater Brno had to cope with a number of urban challenges tied to the need to link the newly formed districts. Vacant lots were often used for apartment buildings due to the inexorable housing crisis.
Therefore, vast residential estates designed by influential Brno architects grew north of the Brno ring route in the 1920s and 1930s, in an area delimited by Moravské náměstí and previously autonomous Královo Pole. One of these figures was Jindřich Kumpošt, who, besides the block between Tučkova and Zahradníkova streets, designed two apartment buildings for the Úspora (Savings) housing and building cooperative at No. 23 and No. 25 Kotlářská Street. Their facades are segmented by a grid of square windows and two lines of bay balconies. The purist conception of the structures is enlivened by the details of semi-circular roofs over the main entrances, round attic windows as well as the projecting cornice that formed an overhang. Large round windows also appear in the corridors.
The houses contain mostly two- and three-room apartments and often feature a living room with a kitchenette instead of a kitchen.