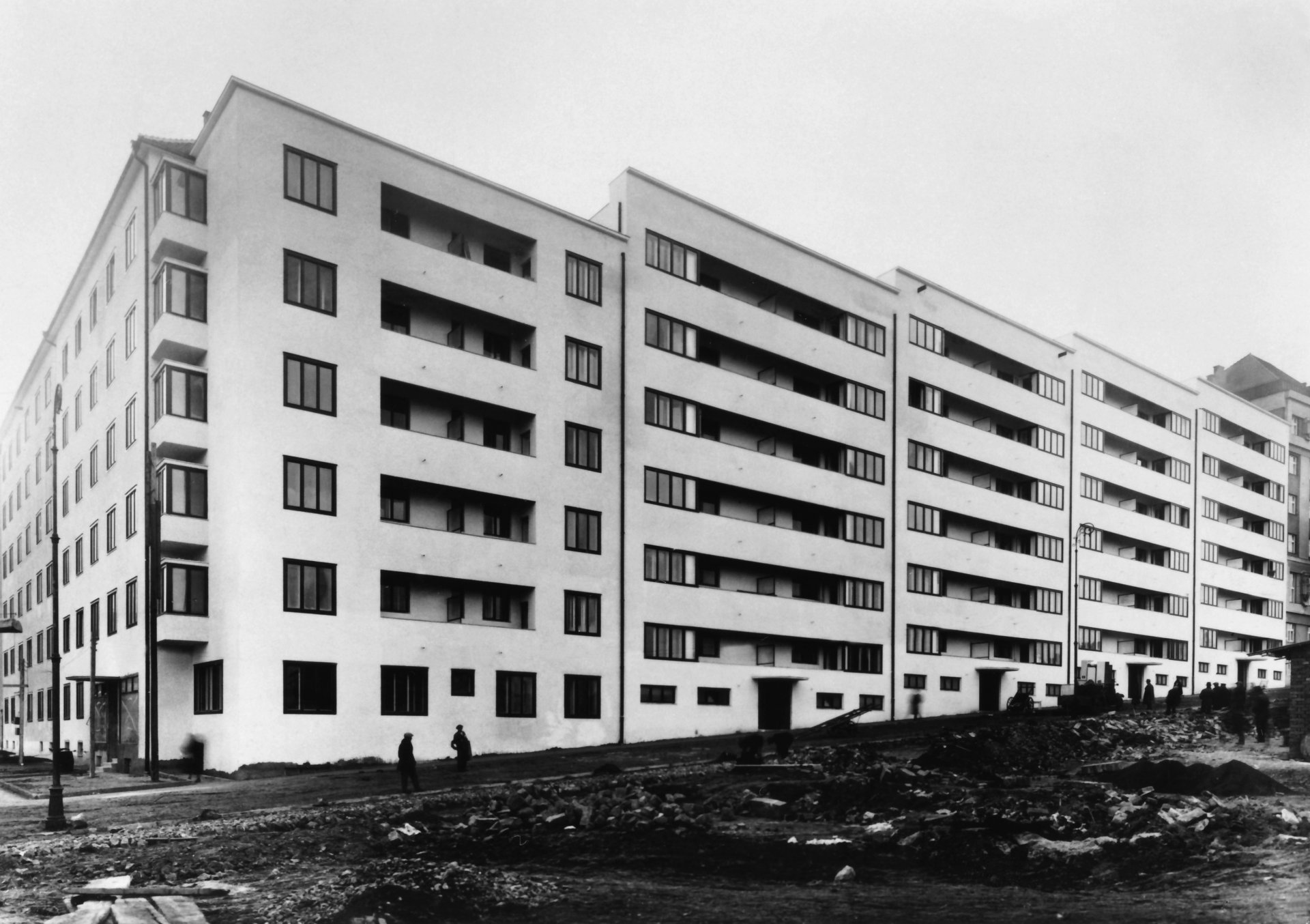 The apartment buildings in Kotlářská, Tučkova and Zahradníkova streets forming part of a block with a large courtyard, represent another design Kumpošt produced for the Úspora (Savings) housing and building cooperative. The inner yard, a green oasis accessible through the passage in the middle retracted building in Tučkova Street, is an innovation as compared to the previous confined and dark areas. The yard is similar to the Wohnohofs in Vienna, which became a part of the typology of "red Vienna" social development at that time. In Zahradníkova Street, the block merges into a row of buildings, which show a change in the author's design of the facade. The facade features the functionalist motive of a ribbon window broken by the empty space of loggias in the middle entirely in line with the classicist pursuit of symmetry.
The houses contain one- or two-room apartments, often furnished with a large residential kitchen in place of the living room.