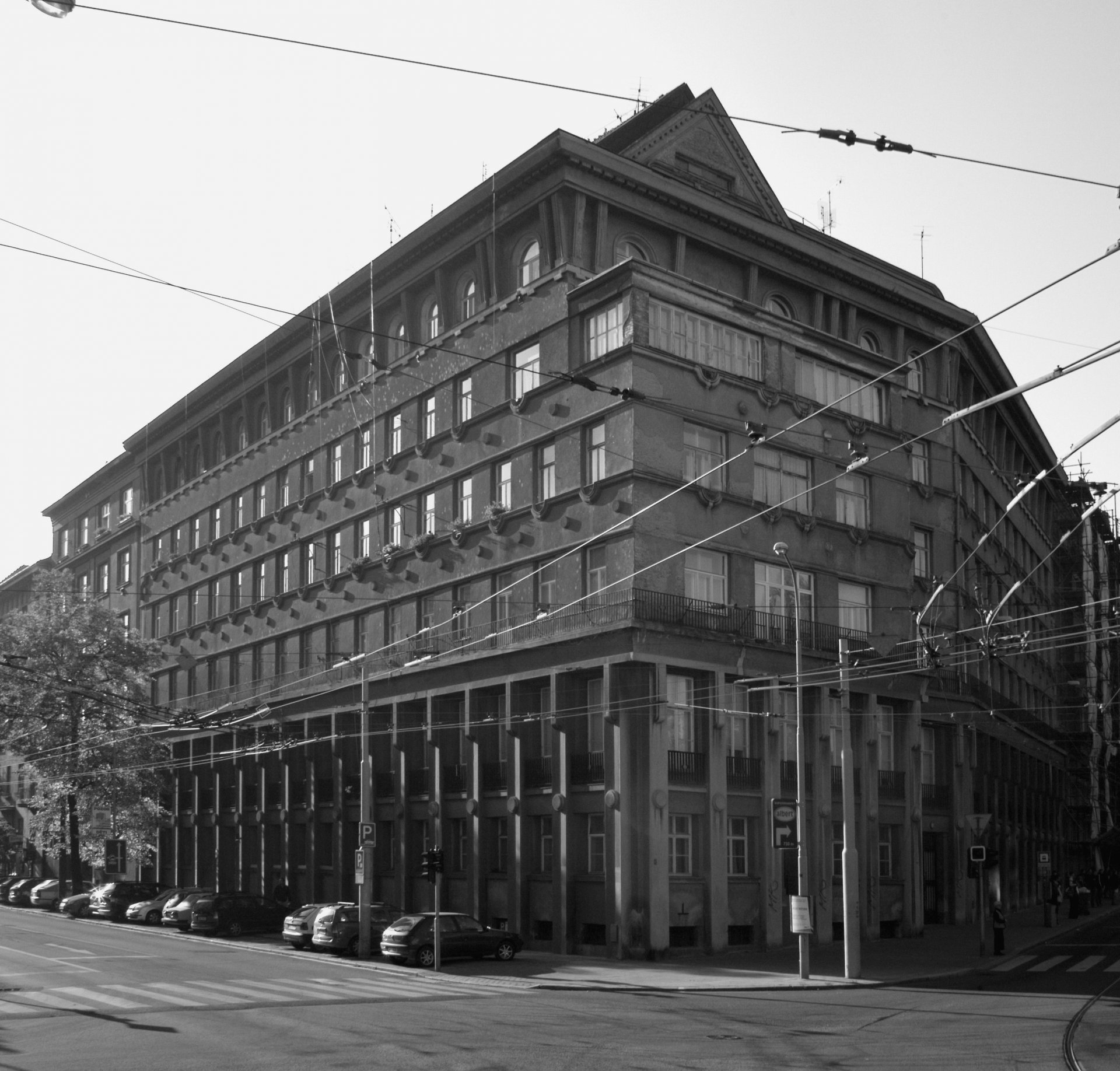 In 1921 the General Pension Institute opened an architectural competition for its new administrative building, which was intended to comprise part of the newly formed urban complex on the corner of Nerudova and Kounicova streets. The winner was Oldřich Liska, an architect from Hradec Králové; however, for unknown reasons, the contract was awarded to Jindřich Kumpošt, who also designed the opposite building for the District Sickness Fund in the same year.
Both designs were intended for the corner location and their A-shaped ground plans consisting of two wings and a connecting corridor are nearly identical. The location of the round volumes of the staircases in the inner block is also identical and was favoured in Kumpošt's others designs of that period. However, the entrance lobby of the Pensions Institute is not located on the corner, but in the shorter wing in Nerudova Street. The facade with its prominent horizontal segmentation by running ledges and round relief elements approaches the aesthetics of rondo-cubism.
Like the building of the Sickness Fund opposite, this building was also built using state subsidies under the Building Act. Therefore, the project assignment called only for offices on the ground floor, with the rest of the building designated for residential purposes. And yet, the investor required that the apartments be designed so that they could be easily converted into offices when the need arose.