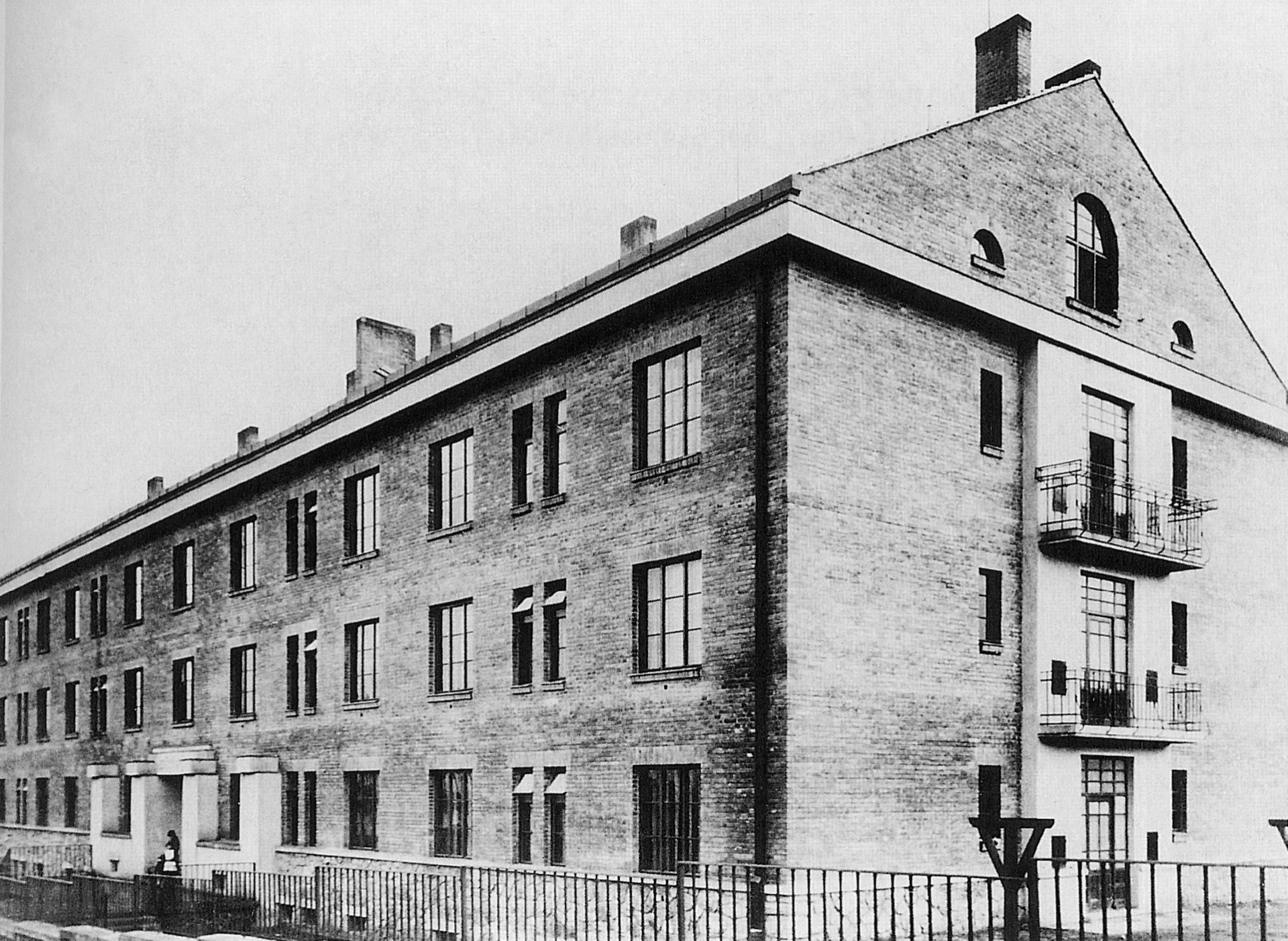 Architect Jindřich Kumpošt was one of the first figures to deal with the issue of minimal housing for the lower classes during the housing and economic crisis of the 1920s and 1930s. His numerous residential buildings in Brno were based on his intensive study of sociological, technical and economic issues relating to housing; in addition, he visited the world's major cities and became familiar with their ways of organizing urban development.
The house at No. 5 in Celní Street from 1923 represents an early version of this type of minimal apartment building. The building on a plain rectangular ground plan with a gable roof has a facade of bare brick for economic reasons. The three storeys consisting of three tracts with a central corridor housed around fifty apartment units. The corridor was designed as a common foyer; each apartment had a single residential room with a kitchenette separated by a glazed partition and a vestibule with a toilet. The bathroom was situated in the centre of the layout and was shared by the entire floor, as were the balconies at both ends of the corridor.
Today the house is owned by a housing cooperative, which has built larger apartments in the attic and added terraces overlooking the inner yard. The other apartments have retained the minimal housing character, though bathrooms have been added to some.