Apartment blocks for the On the Lookout housing cooperative 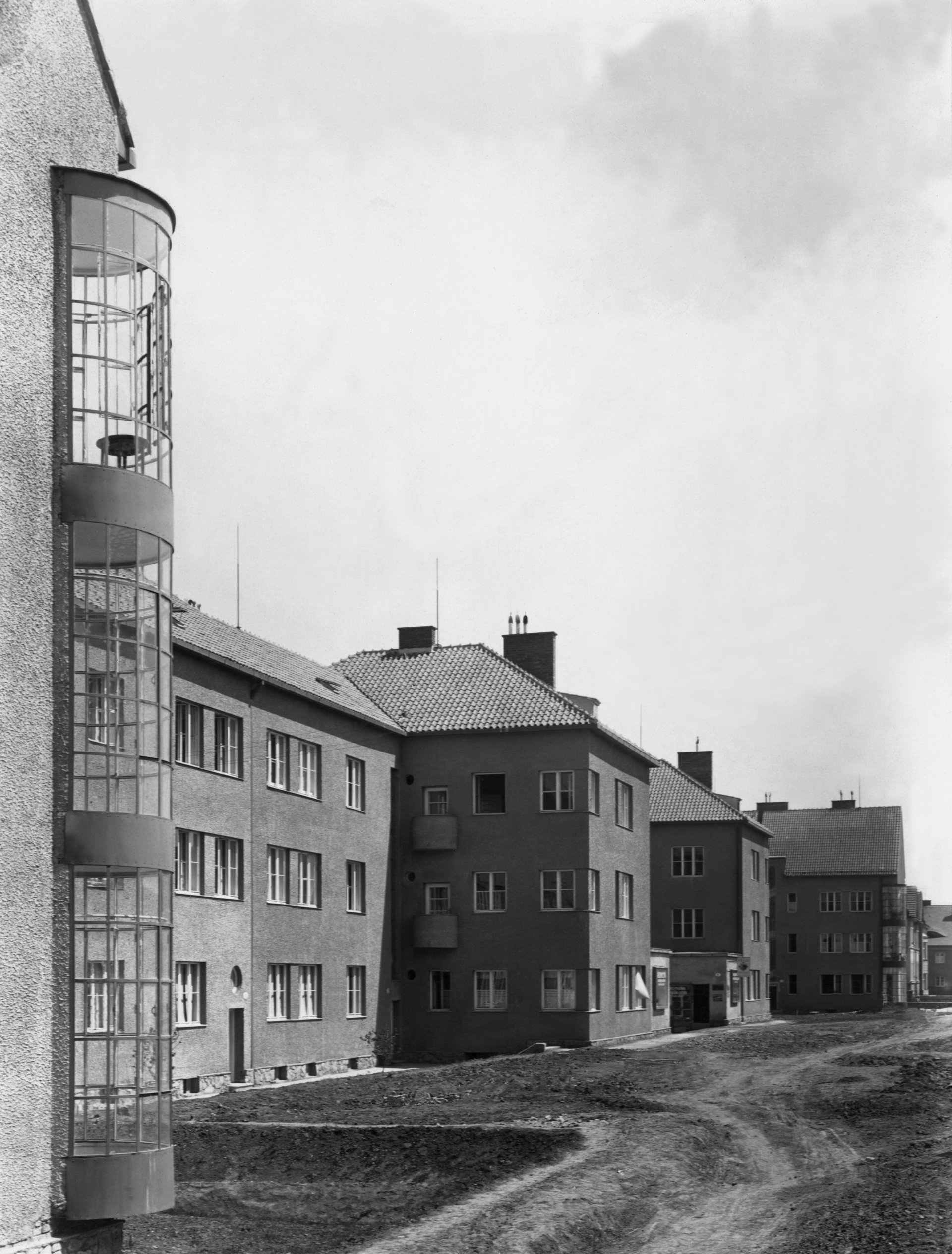 A complex of two apartment blocks built according to designs by Jindřich Kumpošt grew in Sedlákova Street in the late 1920s. As in nearby Vaňkovo Square, this complex also features two identical blocks situated as mirror images and creating a symmetrical gateway into Rudišova Street.
These generous urban conceptions stem from the schemes of classicizing monumental architecture, yet also attempt to open up the traditional closed block development. Situating the main facade off the street line and the landscaping of free areas was further developed and led to the free terraced house developments which may be seen as a counterpoint to the dark closed blocks of historical buildings. These three-level buildings covered with hipped roofs are not exceptional within the context of Kumpošt's work. The corner cylindrical bays with glassed verandas are the only intriguing feature. The complex also features commercial premises on the ground floor of the risalits skirting Rudišova Street.

Name
Apartment blocks for the On the Lookout housing cooperative